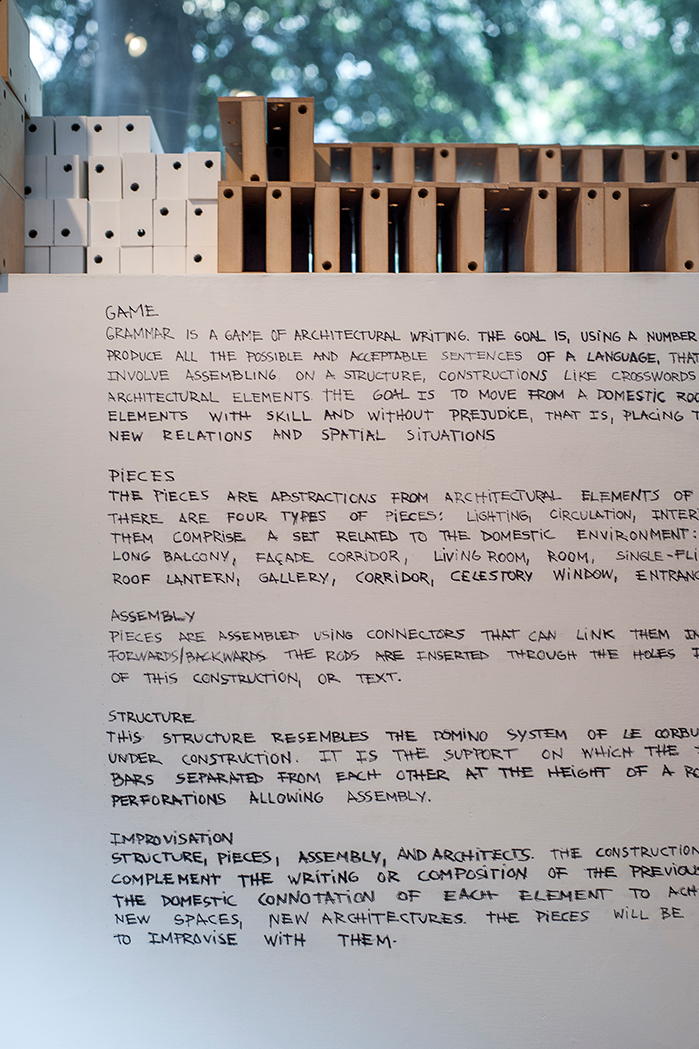 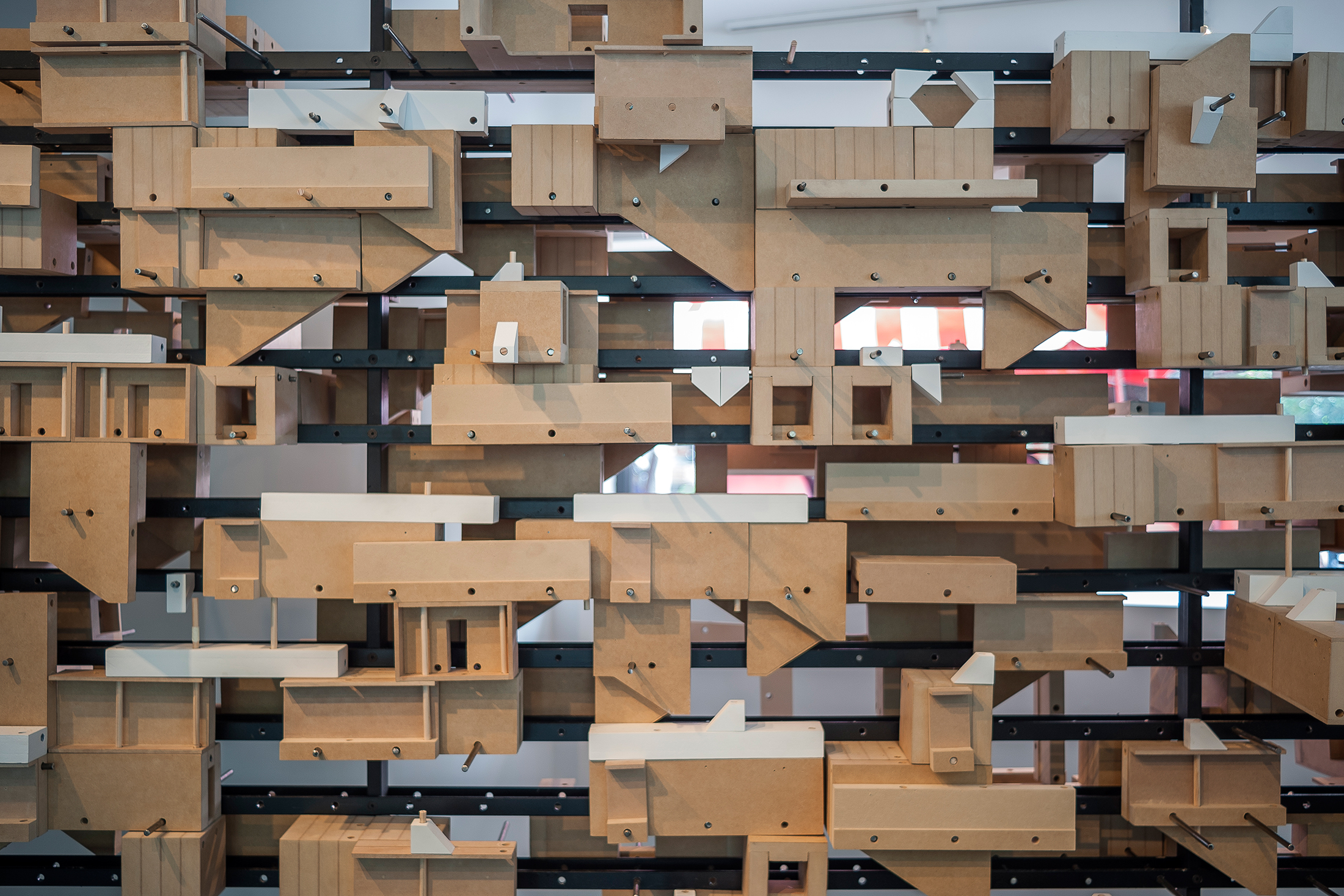 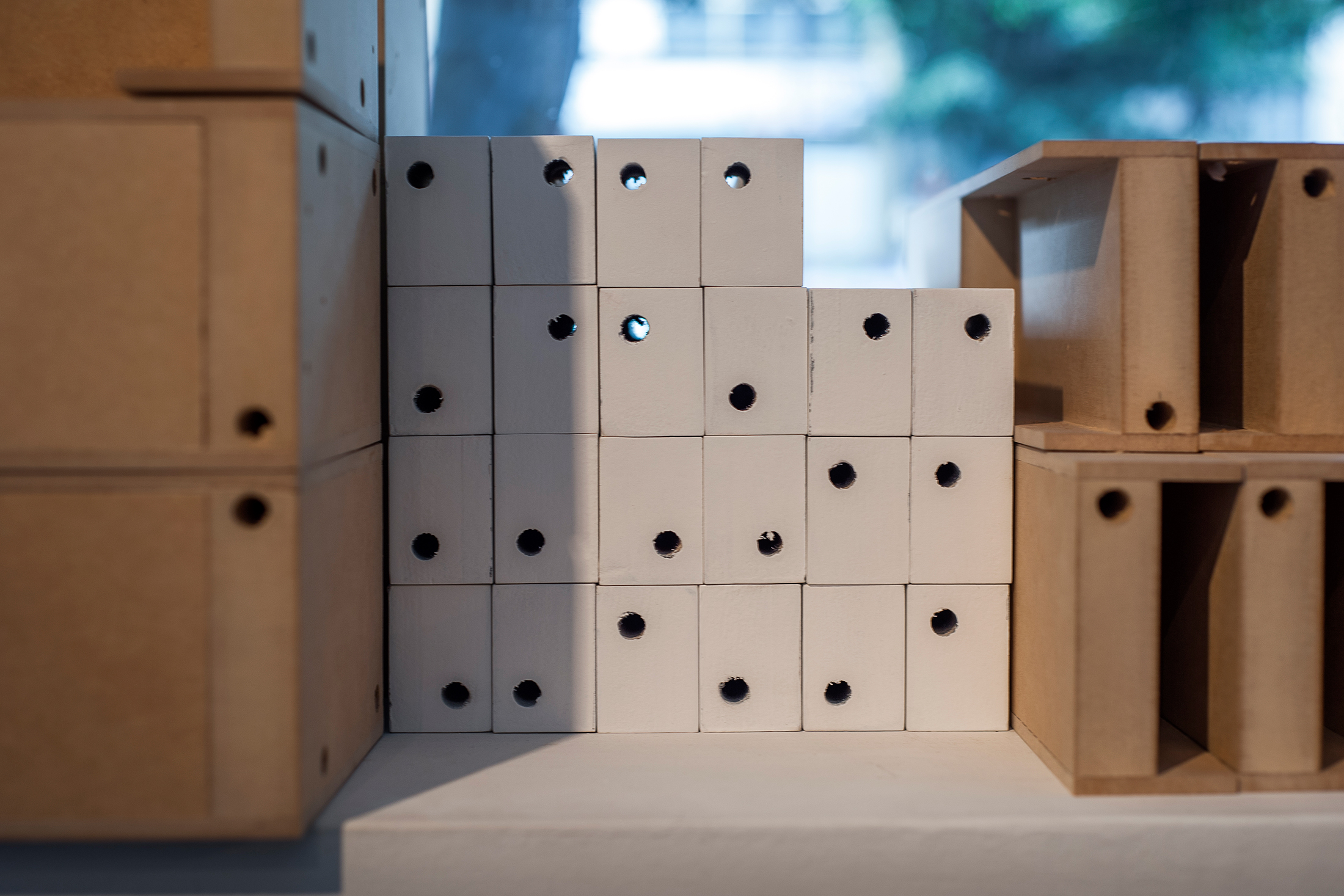 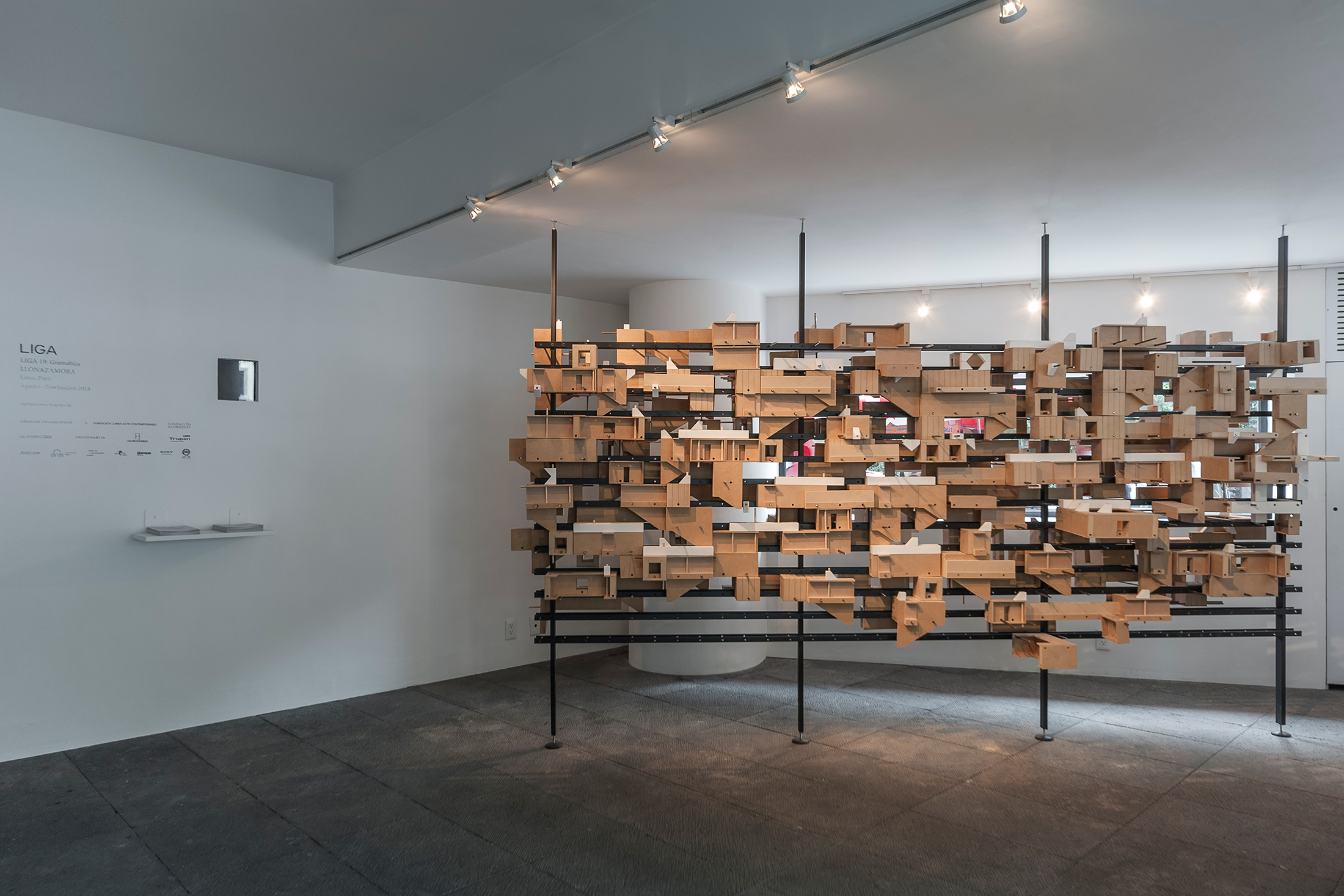 The installation Grammar by Peruvian practice Llonazamora is an invitation to reorganize a collection of elements taken from Republican architecture in Lima. It reproduces in wood a selection of archetypes that are ingenious in their conception and intelligent in their construction, ranging from rooms to staircases and balconies.

Llonazamora dissects Lima’s buildings into their basic elements, which are then placed into a slender metal structure, with the objective of exploring combinations between pieces, forming new connections and spatial forms.

The architects are employing—perhaps inadvertently—the literary technique of the “cut-up” which was first used by Tristan Tzara and popularized in the late 1950s by William S. Burroughs in his controversial novel Naked Lunch. The “cut-up” method introduces chance into the creative process. It consists of taking a phrase and cutting it into pieces, which are reorganized to create a new text. Extrapolating this technique to architecture, the volumetric elements are isolated and arranged in the space with no predetermined hierarchy, in order to discover surprising relations. Burroughs suggested that the technique could be used as a divination method: “When you cut into the present, the future leaks out.” If this is the case, then the future is waiting at LIGA 19 for all those who play the game of Grammar.