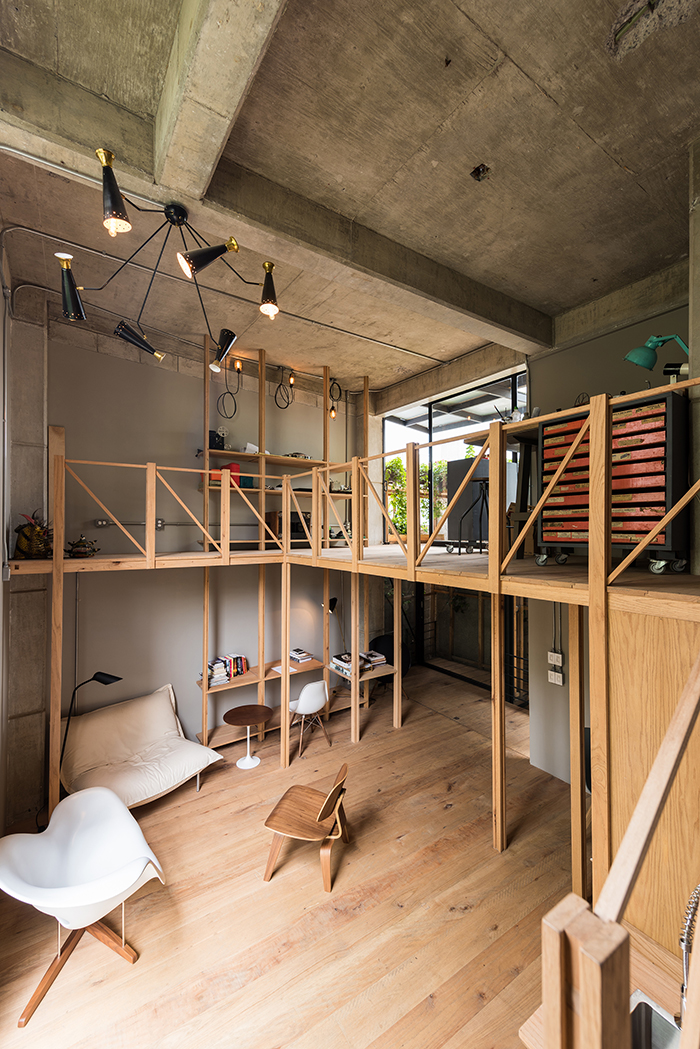 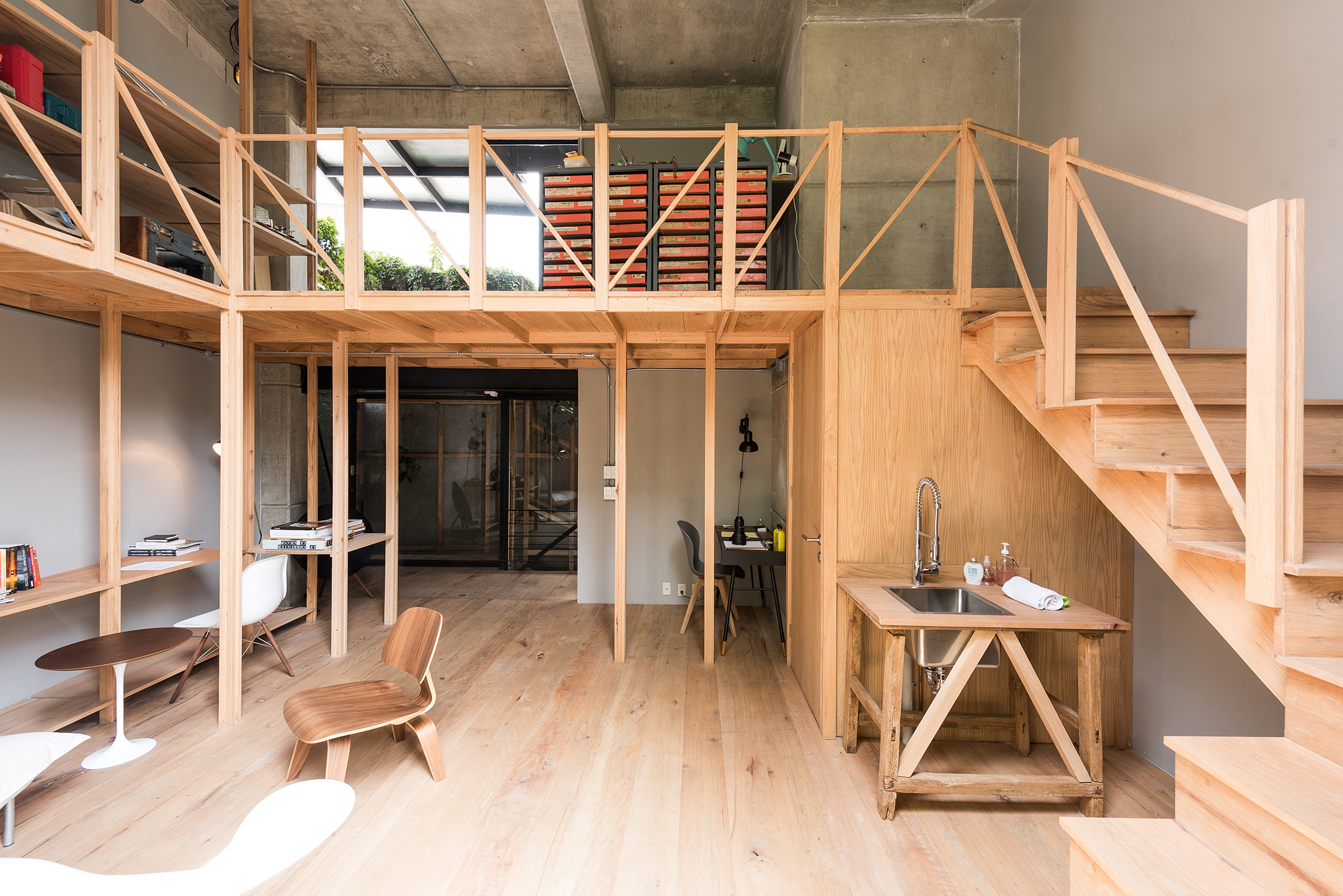 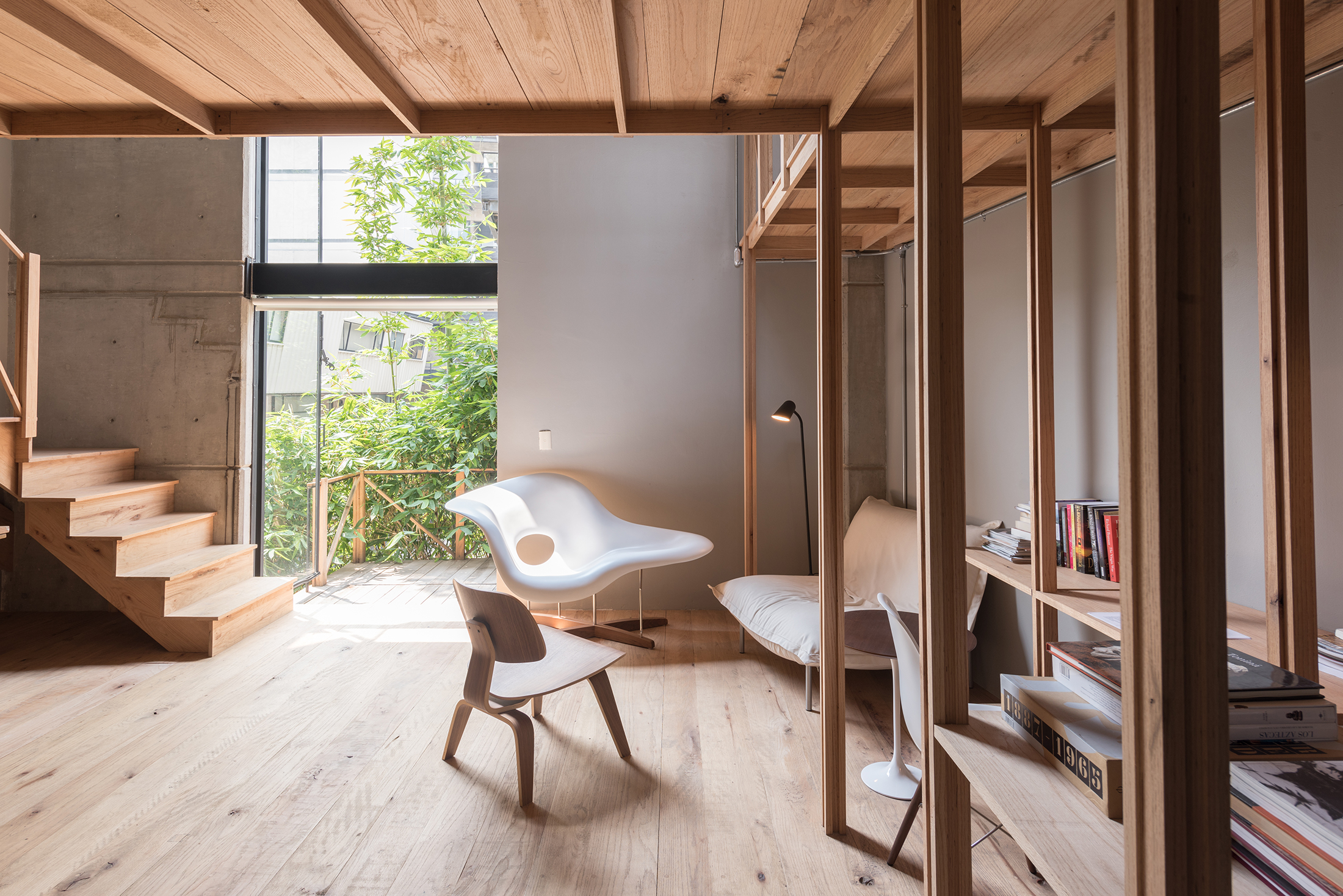 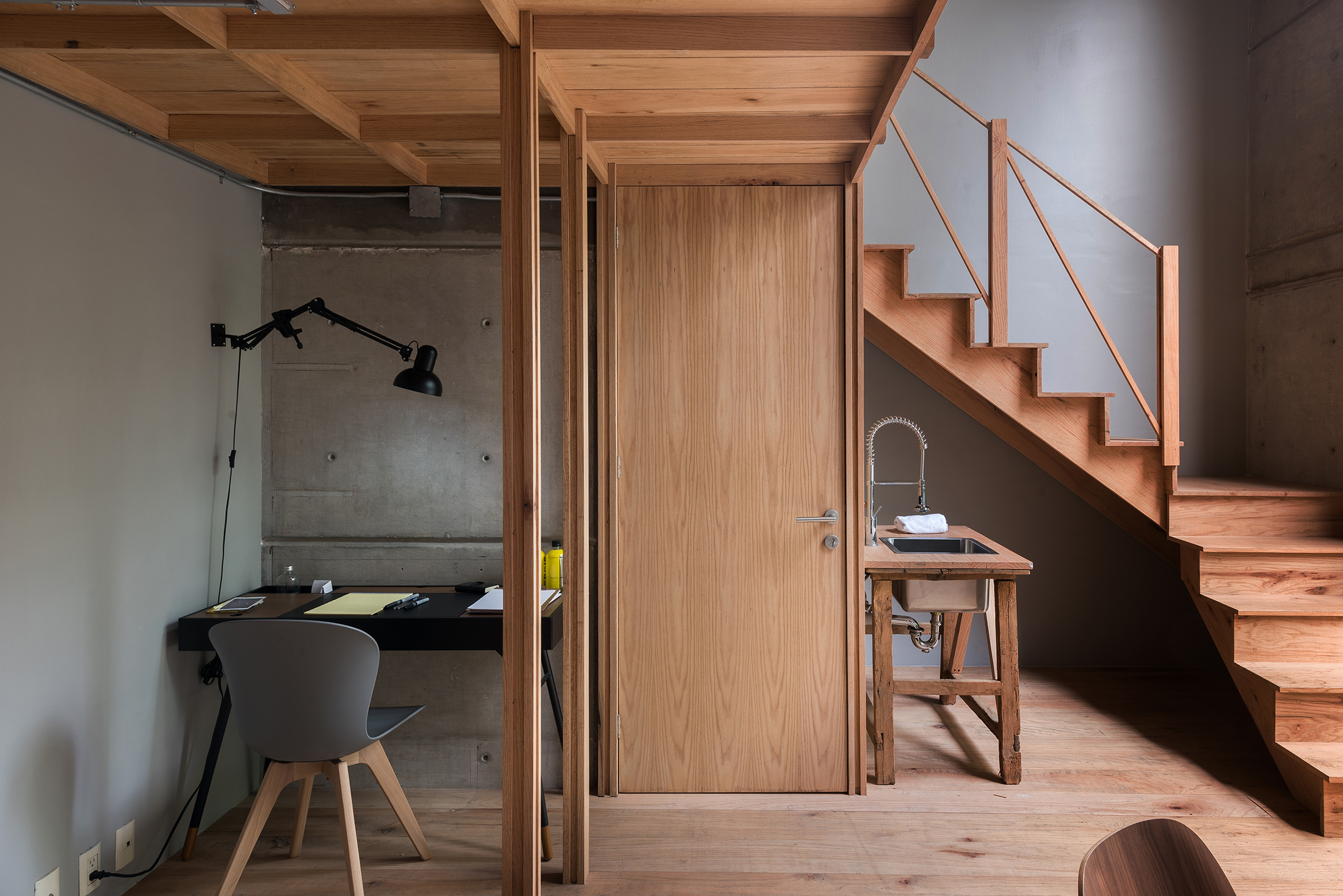 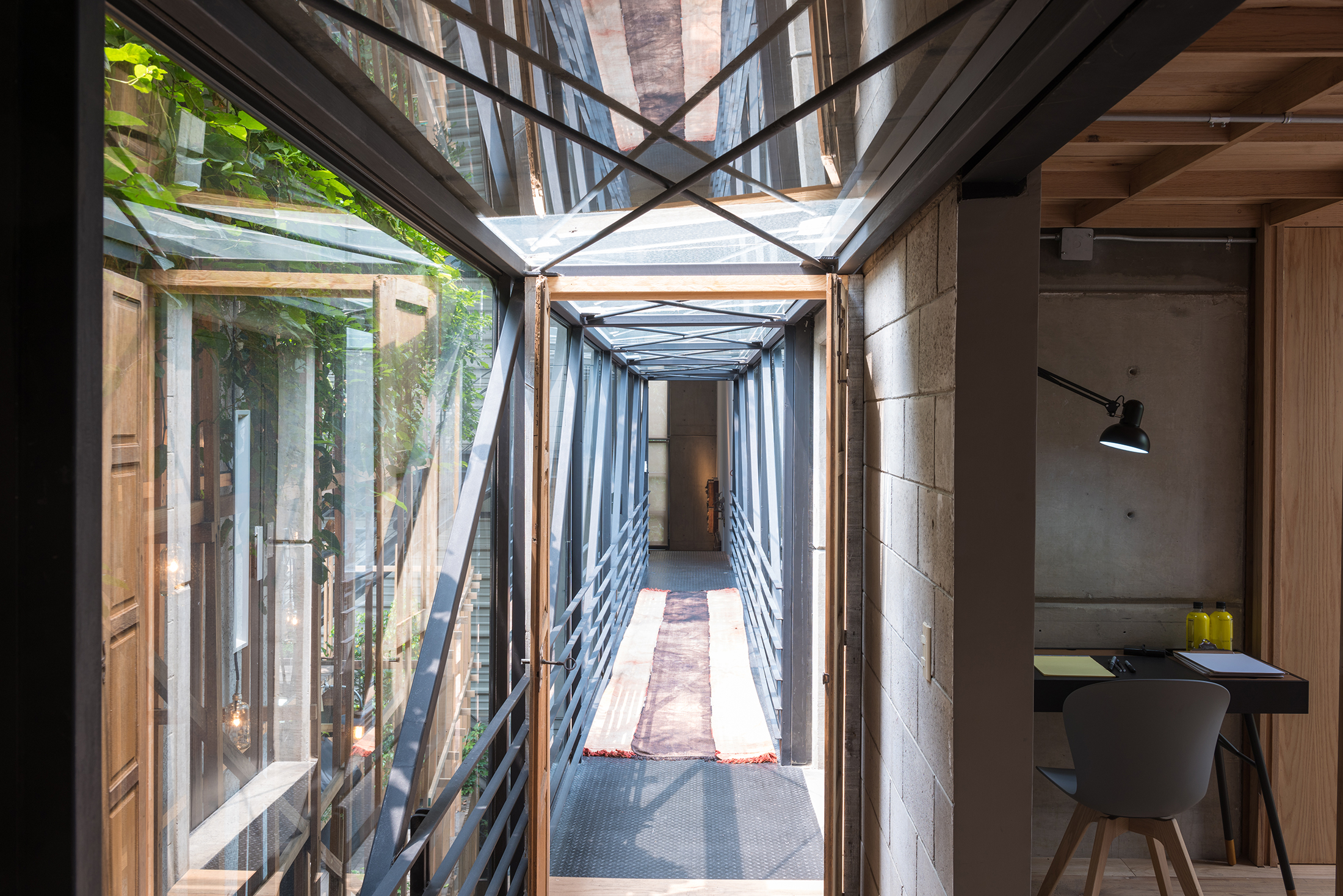 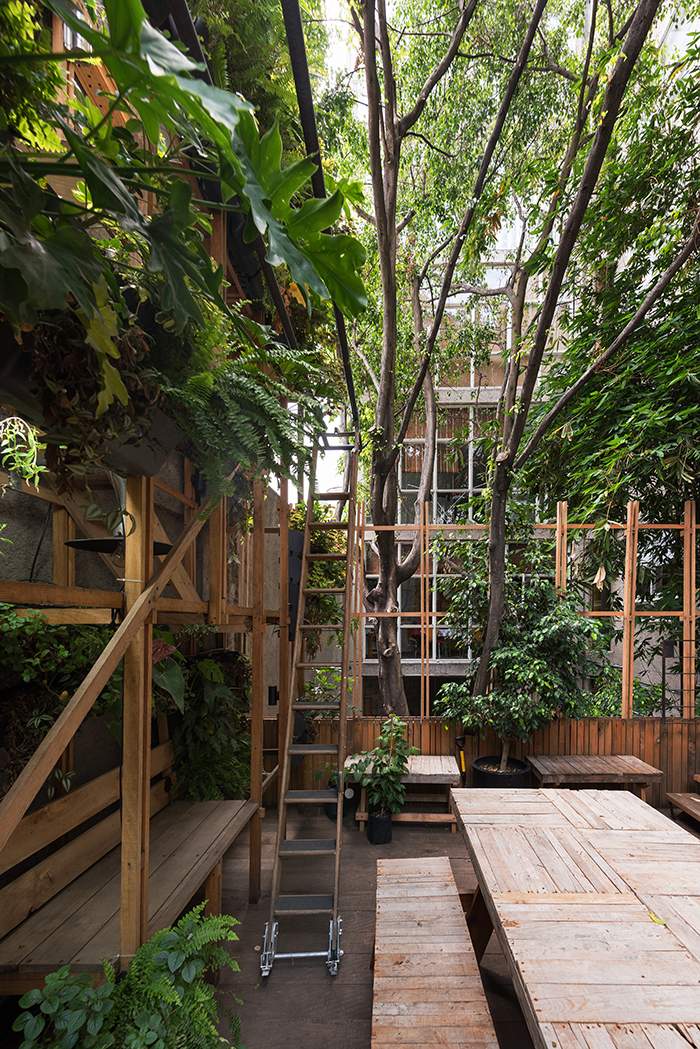 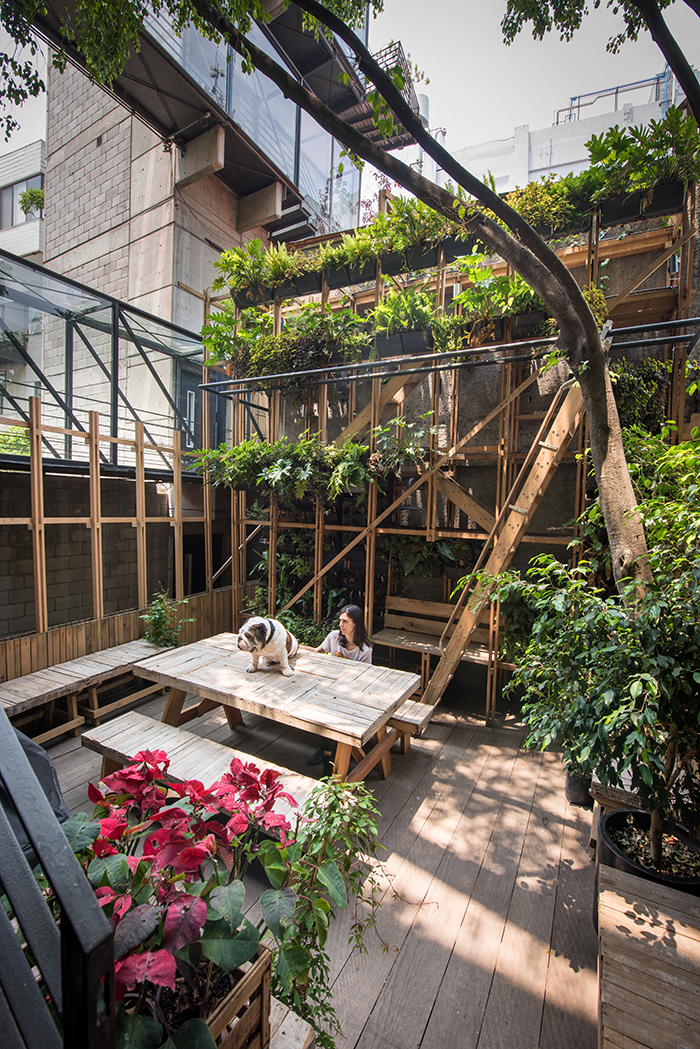 Prostheses were developed by human beings with two purposes: first, to correct a damaged organ’s function; second, to extend an organ’s inherent capability. For the sake of exemplifying, the glasses that an optometrist produces are corrective prostheses; the frames and their different dioptric powers help the user to recover the average eyesight of 20/20

The telescope and the microscope, in contrast, are extensive prostheses—offering the possibility to see things so minute and so distant that the naked eye would be unable to distinguish.

The architectural project that took place at an apartment in the Condesa neighborhood, Mexico City, is one of those projects that blur binary distinctions. By calling it Essay 4, the literary term par excellence for ‘exploration’, the intervention to the existing space—an apartment of style classical to the neighborhood’s contemporary architecture, with apparent structural elements, double-height ceilings and a pursuit for transparency—reveals it will not be an easy approach to space. As in any essaying practice, we approach the space from different angles. It can be said that the existing space is literally enveloped to rediscover its potential. Thus, a finely articulated wood structure is assembled following the same rationale of a scaffold to conform a series of deep structures that extend the space’s original function. At times the scaffold is filled out with steps; at times it holds a mezzanine fitted with bookshelves. From there, the scaffold extends to the patio to shape a service hallway which in the end rests on the wall that holds a vertical garden.

In other words, a scaffold was woven, one that climbs, is filled, turns, twists, swells, is left empty and is saturated with plants, to equip and activate the apartment’s unarticulated spaces. The scaffold binds interior and exterior, connects levels, is solidified where privacy is needed and remains as a skeleton when pursuing transparency.

Just as Constant, the Dutch artist, did with his New Babylon project, in which he merely offered a scaffold structure for the users to adapt their living space, MANADA gave rise to an intervention that may well be considered both a corrective and extensive prosthesis. Corrective since there are new connections between spaces which were previously unarticulated; and extensive since the structure is equipped with different devices that allow for sitting, keeping books or hanging plants. All these prosthetic forms offer more functions to the space than those expected from a structure that is only for support.