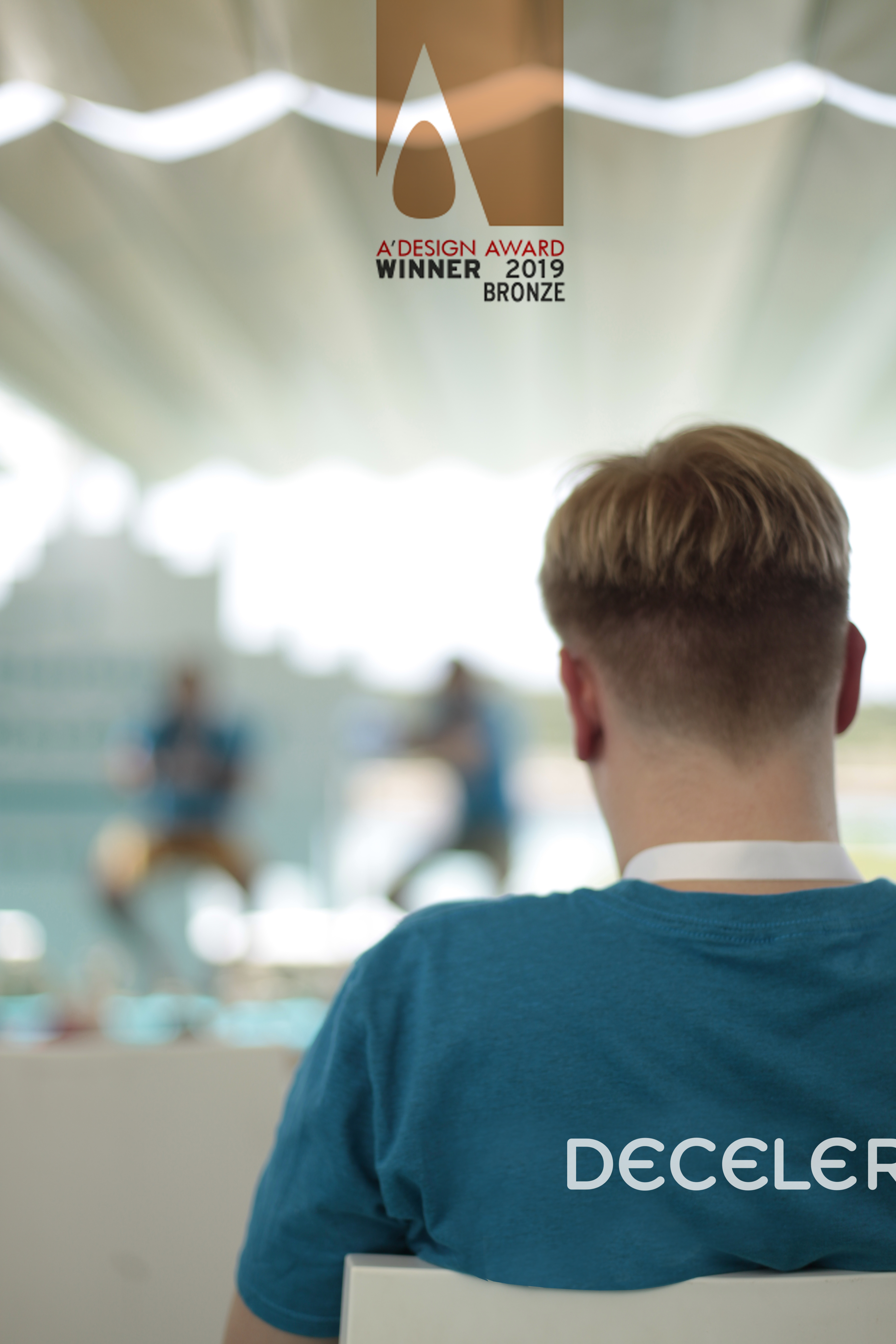 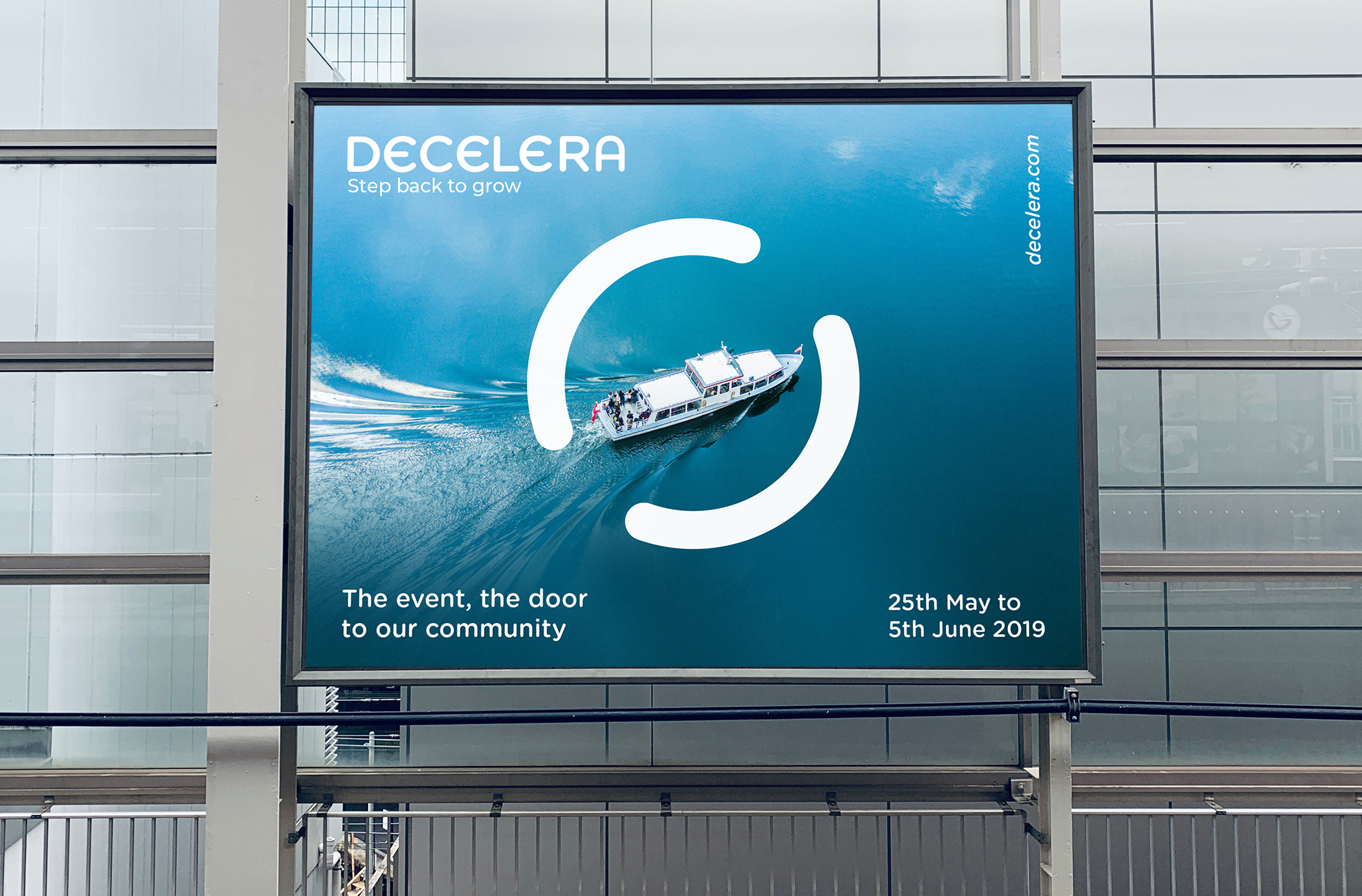 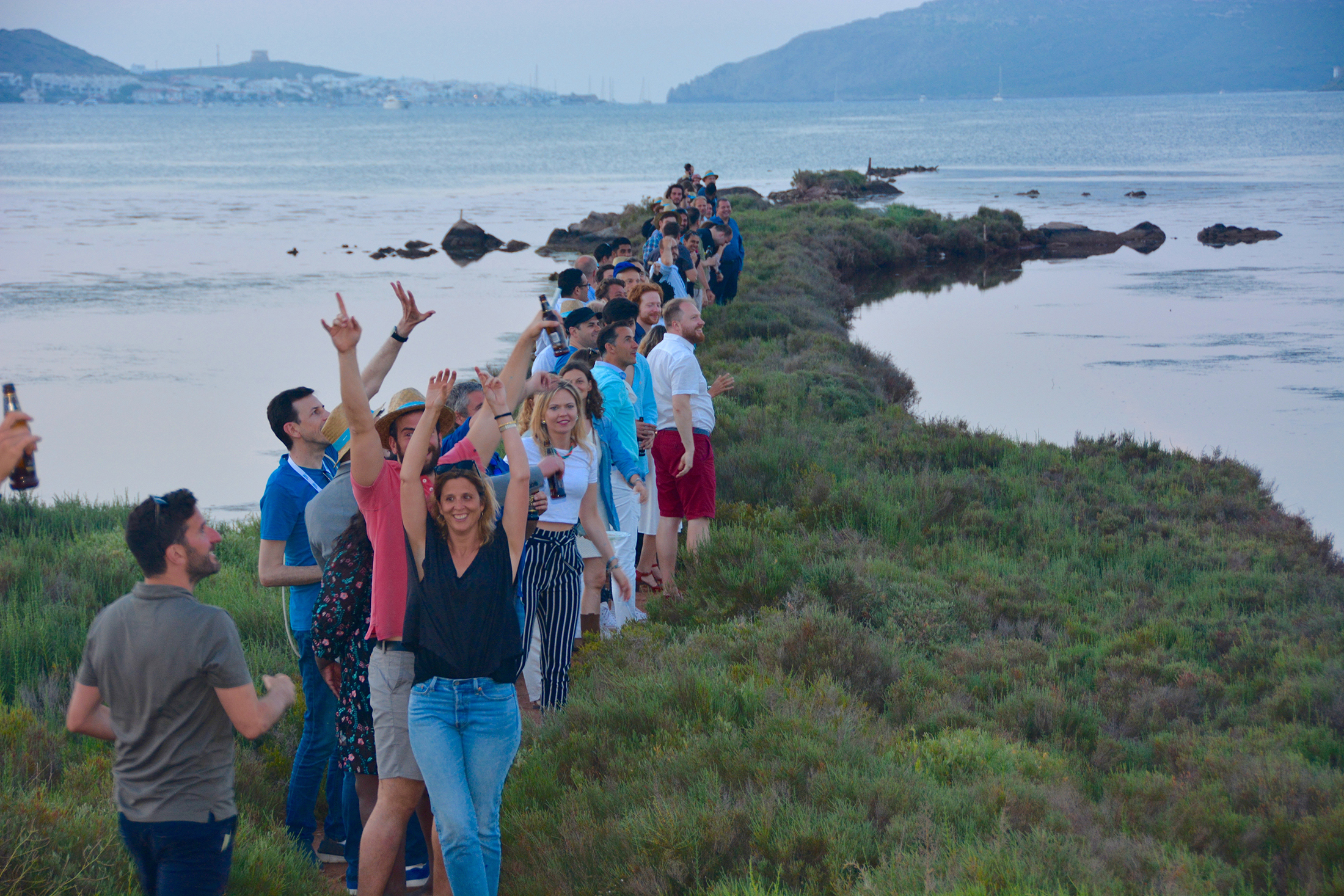 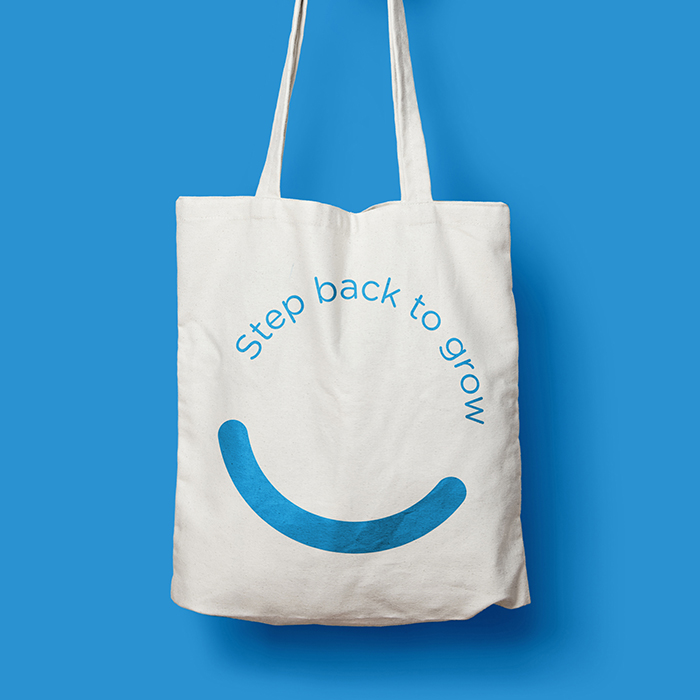 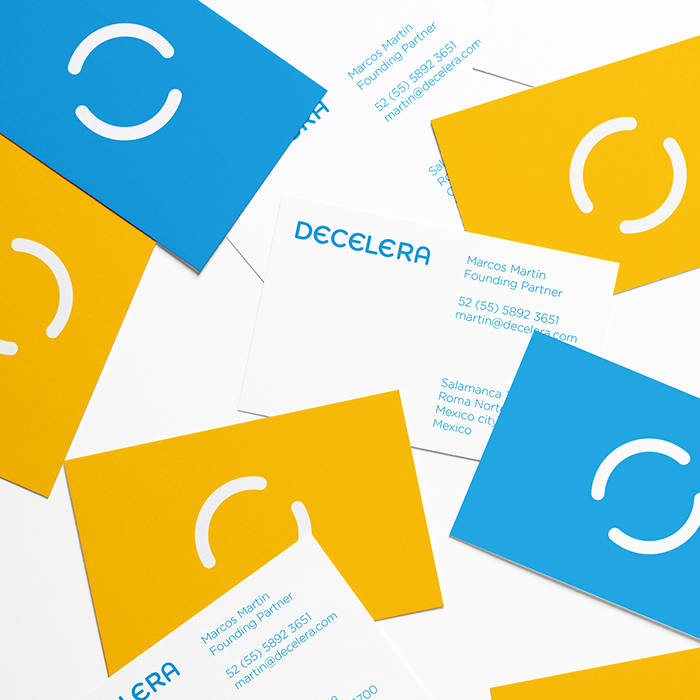 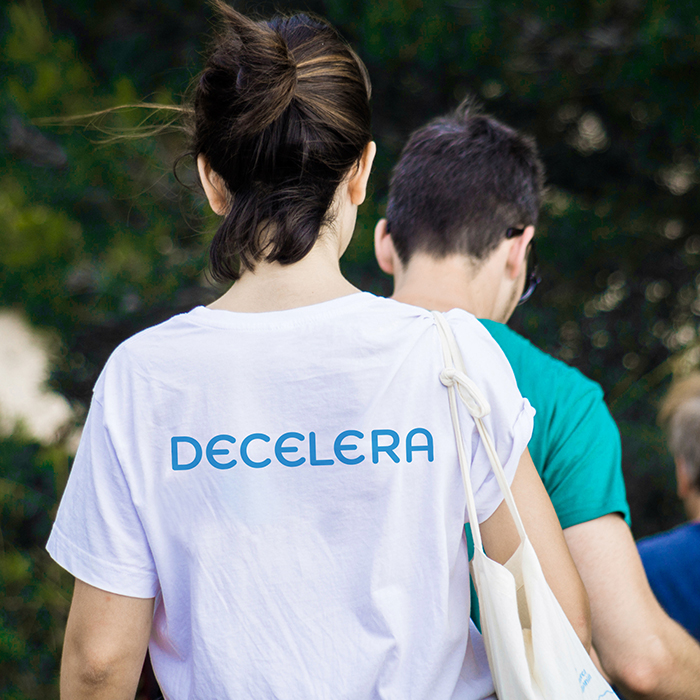 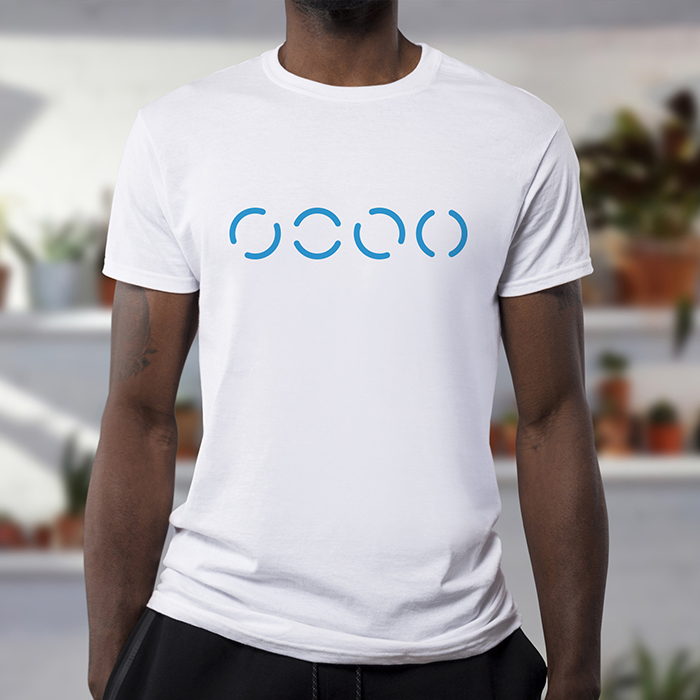 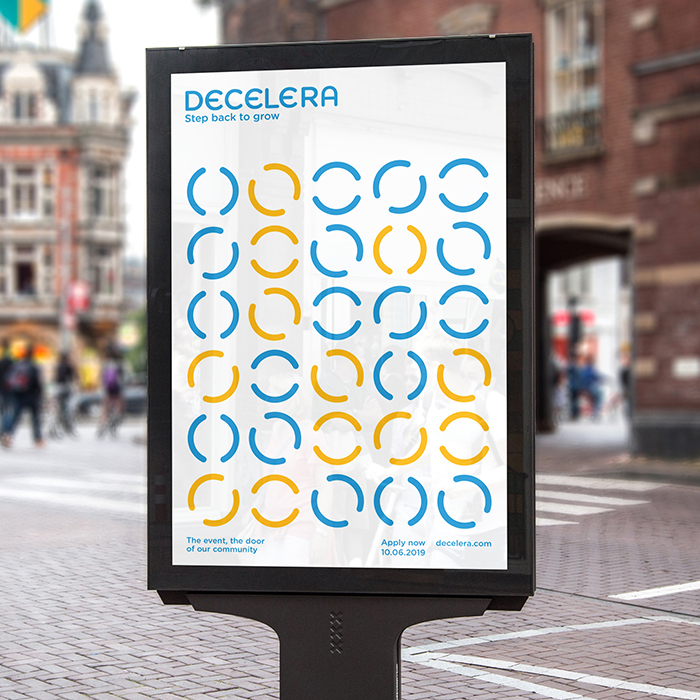 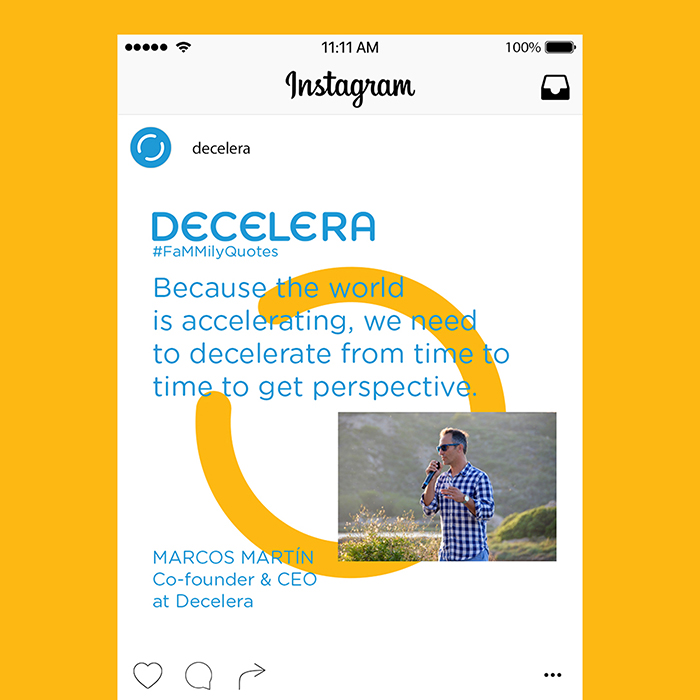 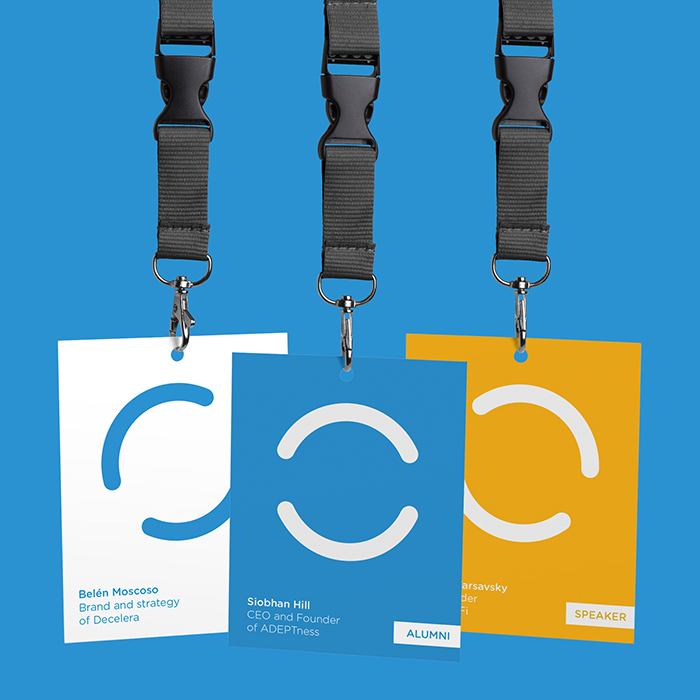 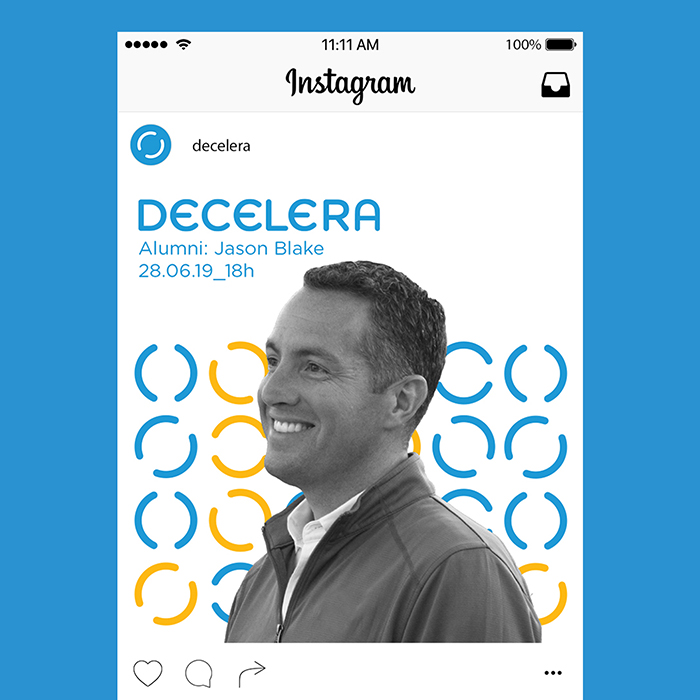 The identity is based on the concept of “Movement in Pause”. The briefing stated that the startup-deceleration program was the company’s main communication goal. Round parentheses, almost closing a full circle, refers to the moment when consciousness is free and the mind is ready for creation. This symbol repeats, rotates and multiplies, resembling movement as the identity’s core guideline. Its functionalist personality fulfills ONLINE and OFFLINE demands, while its warmness feature supports the project’s ideals: deceleration, human factor and community.

Movement during a pause is Decelera’s inspiration. From the standpoint of physics, force is the cause or action that can modify an object’s state of rest or movement; this was the starting point to create the main communication vehicle: a totem that represents a parenthesis or pause in movement, like the force that can reduce velocity or overturn inertia.

The proposal built by Manada for the rebranding and renaming of the startup decelerator Menorca Millenials integrates in an appropriate way the two most important and opposed groups of the project community: startups and investors.

Its strategy is based on carefully choosing the values of the visual system that embrace both startup’s warmth and the investors’ formality. Thus, Manada proposes using a serious sans-serif typeface, of soft curves and shapes, along with a geometric and solid totem of flexible usage and a solid and corporate color palette that showcases the project’s values without losing its warmth.