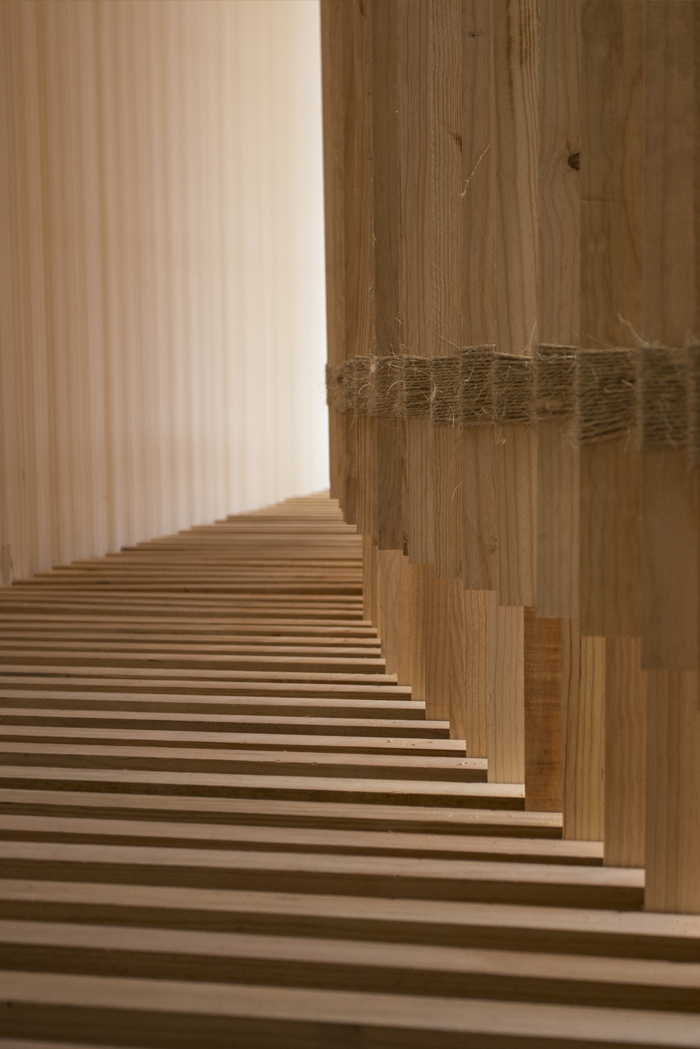 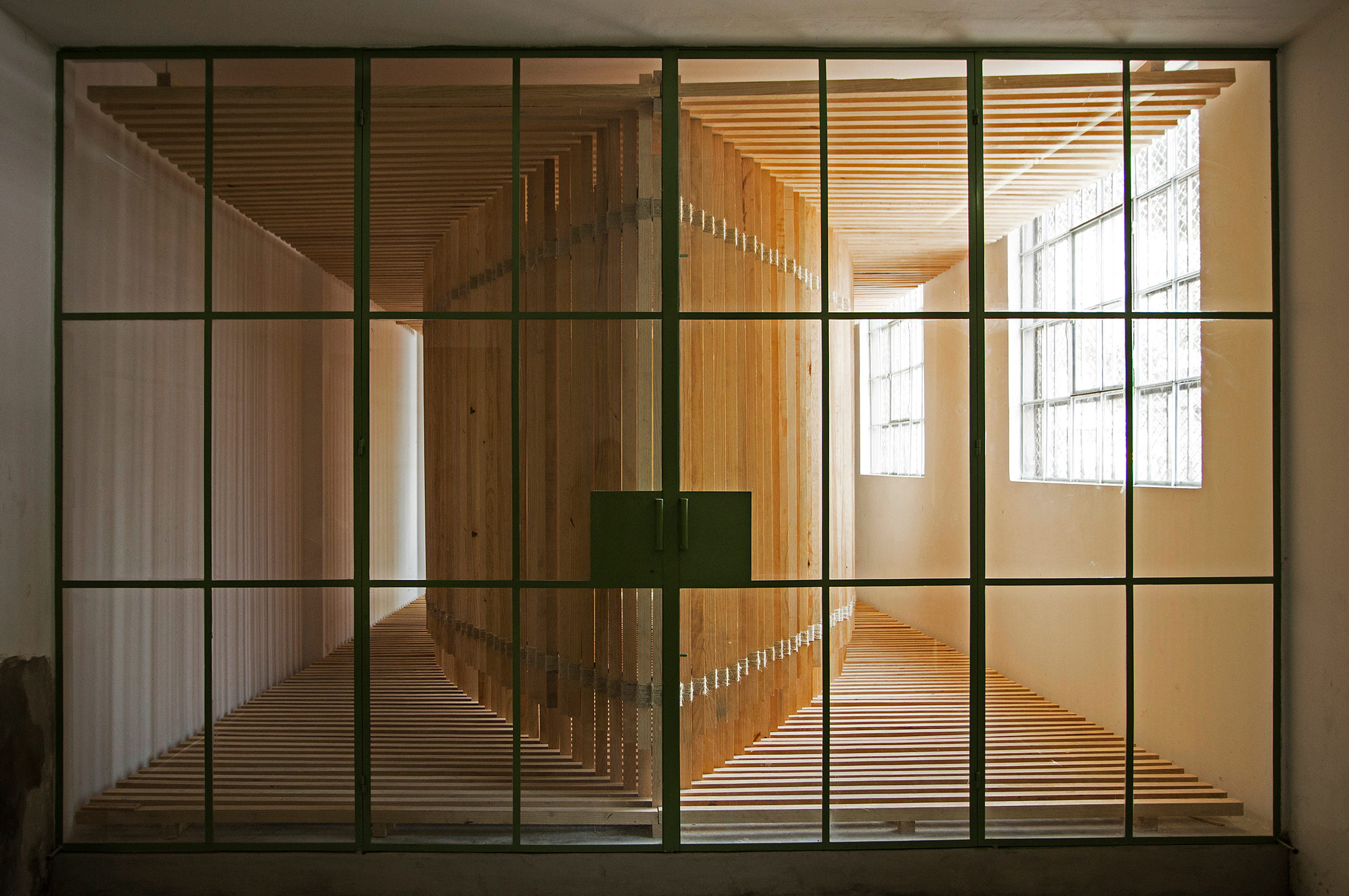 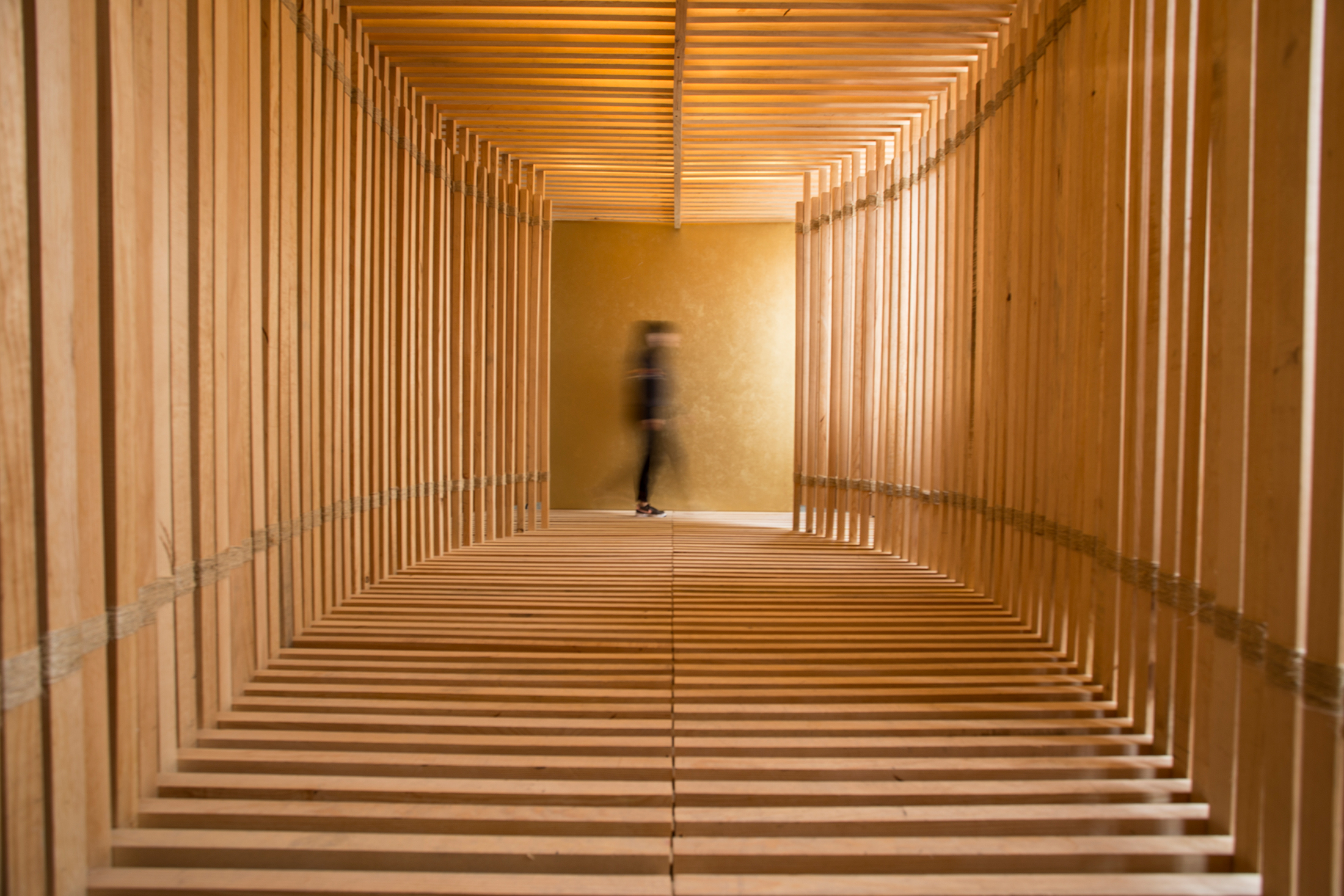 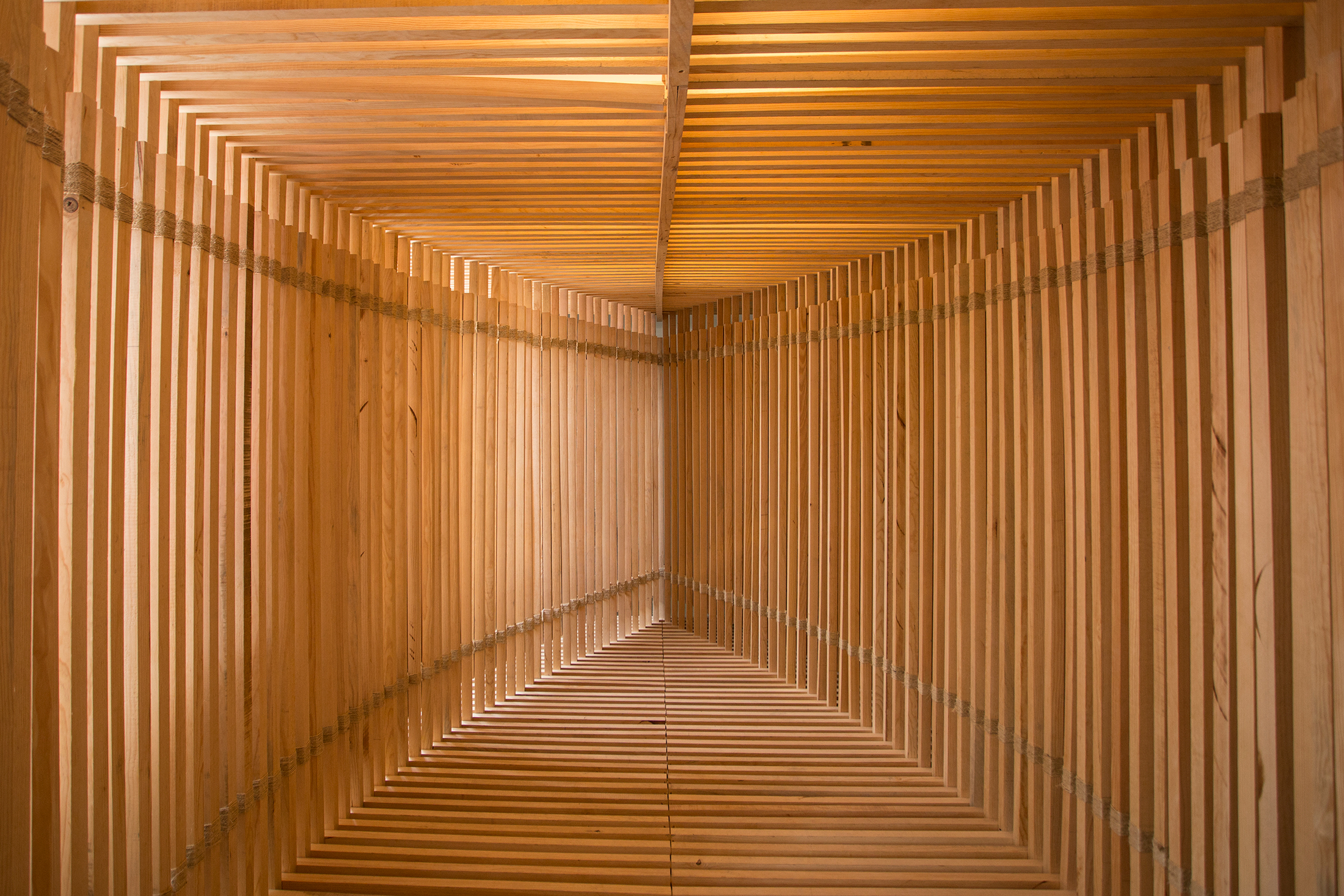 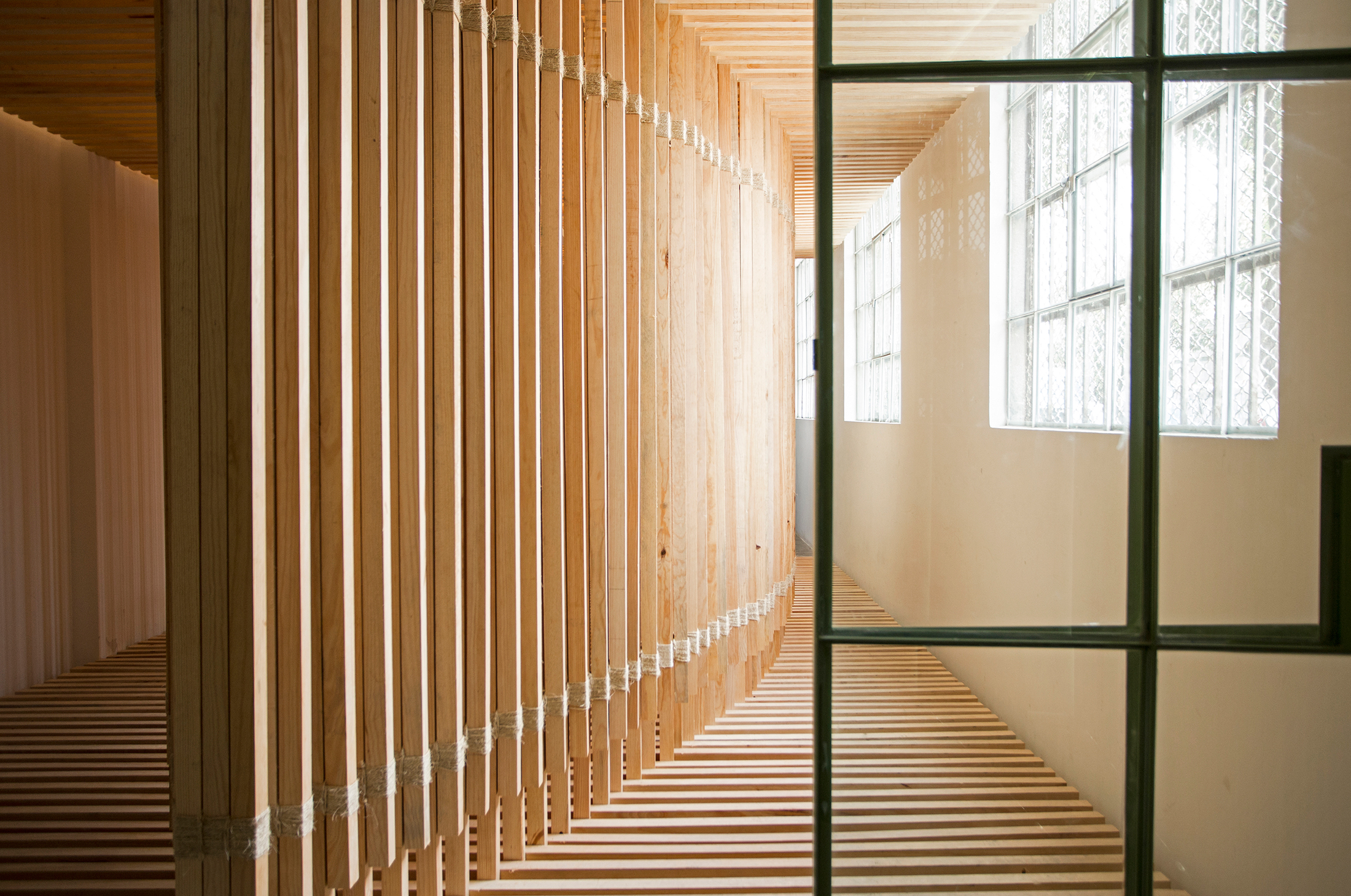 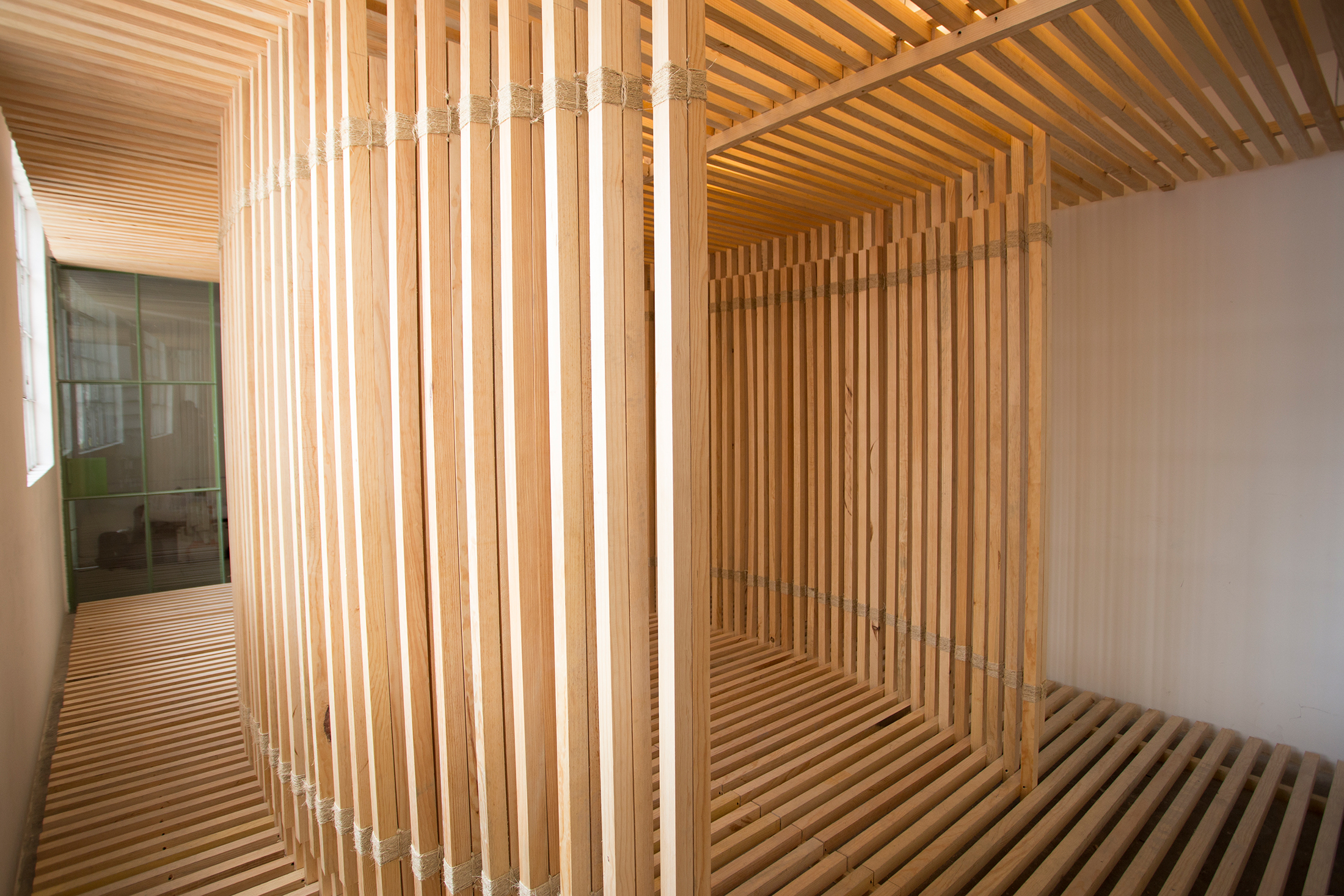 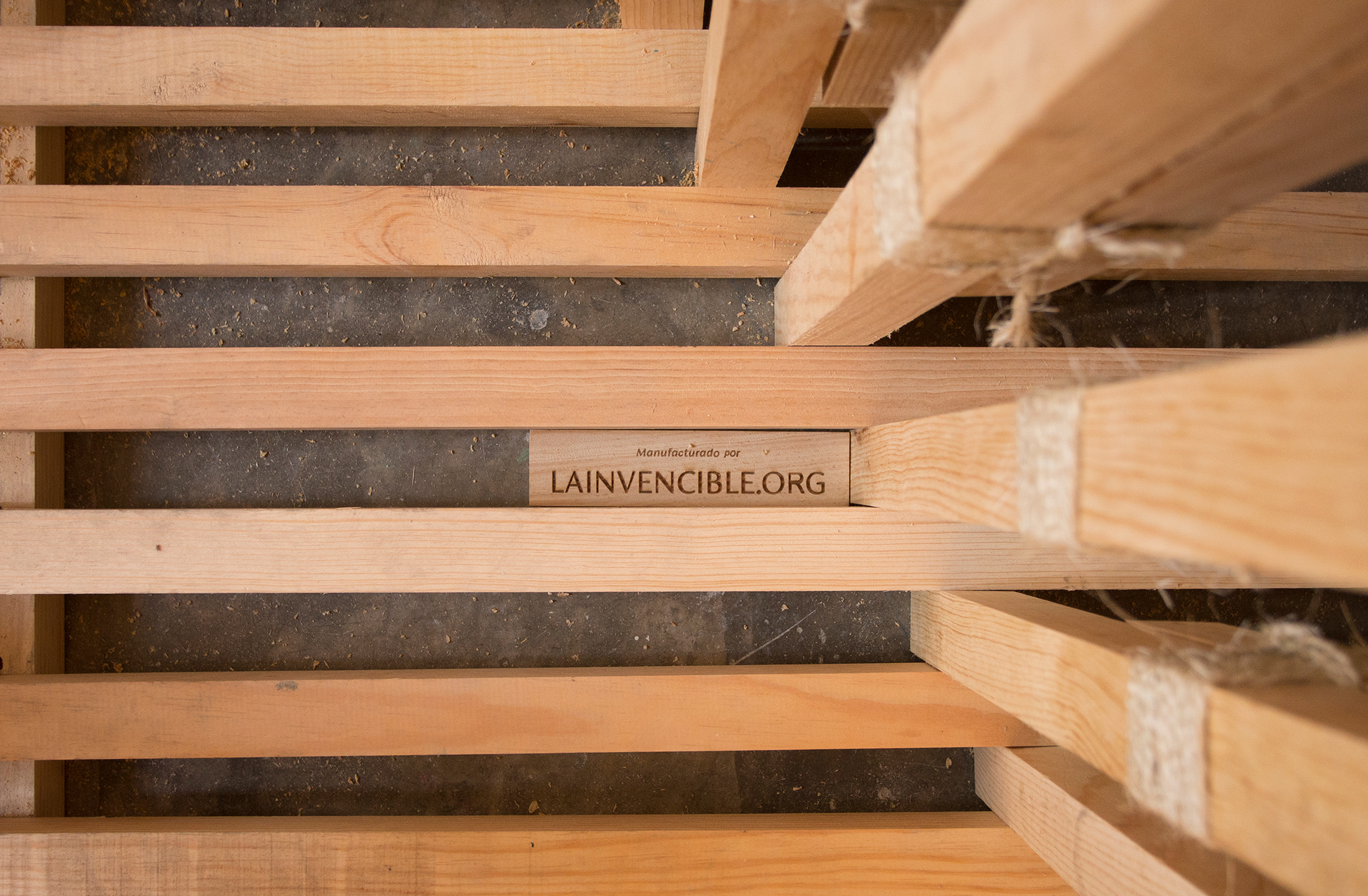 The Bolivian-Mexican duo Escobedo Soliz builds an installation in LIGA’s gallery space that, under the name of “thorax”, protects the interior of its vacuum. A place built from wooden poles that creates a rhythmic oval structure.

A construction that reminds us of the rib cage of a great whale, trapped inside the gallery space itself. The “thorax” is fragile and flexible at the same time, a space that simultaneously represses and protects our vital organs: between prison and protective cave. It is difficult to know if the wooden structure in question is the fragile beginning of a construction (the wooden studs of a work in progress), or if it is its ruin, that what remains after the shipwreck.

The reductive, but explicit tectonics – in this case the pinewood slats and their joints articulated with ixtle-cord – is a key element in Escobedo Soliz’s work. But here, the disjunction between the envelope (the floor, ceiling and walls of the gallery) and the interior temporary construction, generate an interstitial space: a witness of the friction that exists between the constructive logic and the architectural obsession. Accompanied by a text by Pablo Goldin, the exhibition questions whether architecture has the capacity to liberate and emancipate us, or if, in its naive ideological aspiration, it only makes us prisoners of its own system.